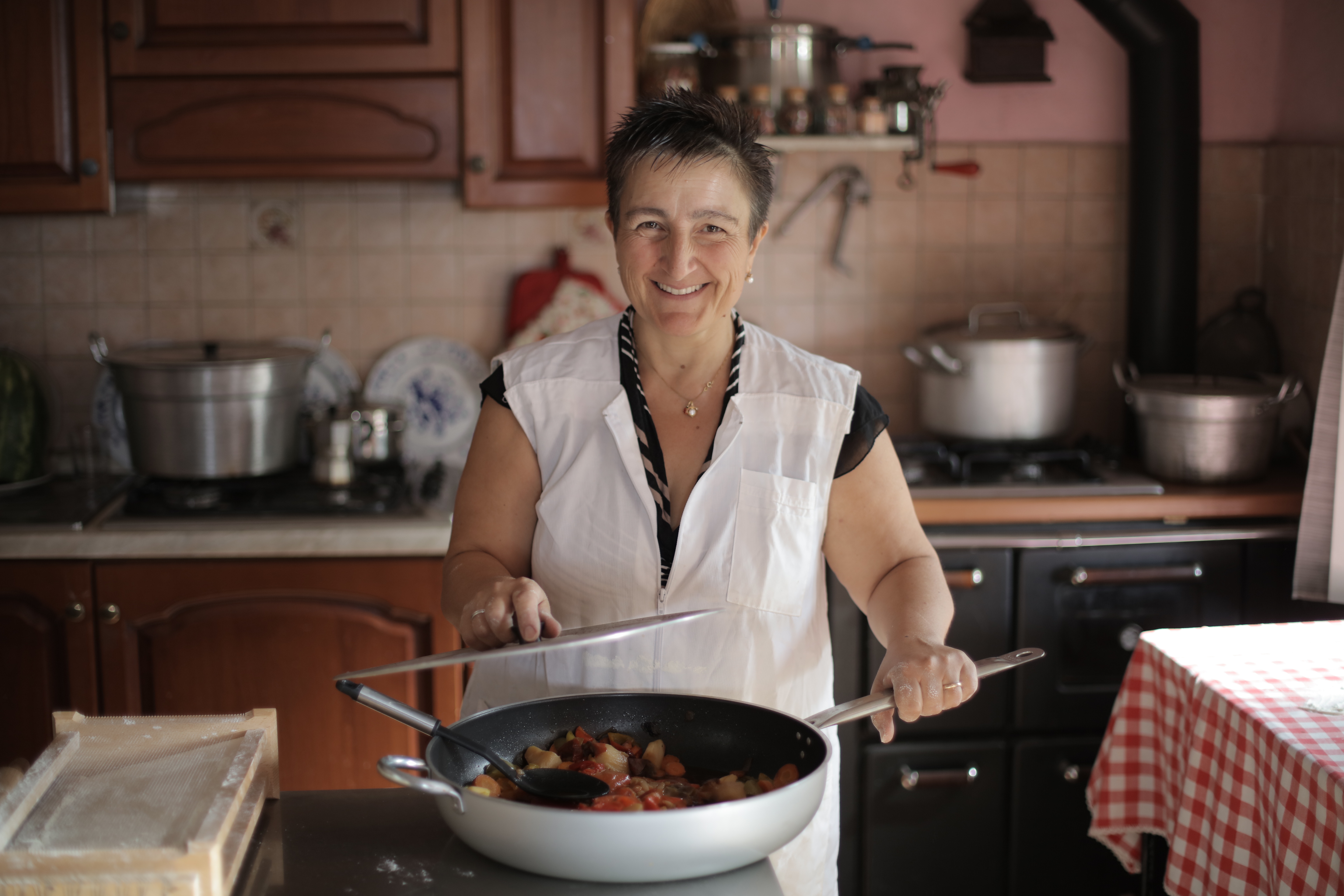 In the 1930s, the kitchen was being transformed from the antique kitchen to the “Modern Streamline Kitchen” with features that save time, better organization, and much better ventilation. The “all-electric kitchen” was promoted in popular magazines with numerous advertisements showing newly designed appliances large and small. Mixers were a housewife’s dream, now designed with numerous accessories that could sift flour, mix dough, grate cheese, squeeze lemons, whisk potatoes, mash, slice and chop vegetables, and even sharpen knives. “Depression Green” was the “in” color used on wooden kitchen utensil handles, kitchen cabinets and tables, and kitchen utensils. Often the accessories were cream and green, replacing the black and white look of previous decades.

Other popular color combinations in the 1930s were gray and red or crimson, silver and green, pearl pink and blue, as well as the use of checkered patterns in textiles. Kitchen items, like cans and bread boxes, tended to be painted lightly with perhaps a simple decal.

In 1935 the National Modernization Office was established to promote modernization throughout the country. Manufacturers competed for better-designed kitchen appliances and accessories. Color began to enter kitchens in the 1930s and magazine articles featured decorating tips on color schemes and how to incorporate the kitchen into the rest of the home. The kitchens were no longer workstations, but received as much attention as the rest of the house. Appliances small and large were available in colors, and Sears and Montgomery Ward featured colorful cookware and “Japanese” accessories such as bowl sets, kitchen sets, cake liners, bread boxes, and trash baskets.

The post-war kitchen of the 1940s began to become family gathering places and now tables and chairs made of chrome bases with enamel, linoleum or plastic tops could be added to a more spacious kitchen that replaced smaller kitchens. focused on previous work. Separate formal dining rooms were being replaced by kitchens that could accommodate family and guests. The kitchen was becoming a very cozy space and primary colors dominated the interior decorating palette. Magazines advertised products for his “Modern Gay Kitchen.” Combinations of red, green, and yellow or red and black were popular, as were brightly colored tablecloths, textiles, and curtains. Flowers, fruits, and Dutch motifs were all the rage and found on shelf paper, ornaments, stickers, and kitchen utensils. Appliances with streamlined designs, rounded corners and smaller proportions continued to be produced. The washer / dishwasher combination was introduced, as well as the garbage disposal and freezers for home use.

Dramatic changes would occur in the kitchens of the 1950s when the space age, atomic age designs and materials entered the picture. The kitchen of the fifties featured plastics, pastel colors like turquoise or aqua, pink and yellow (home colors), the Formica and chrome kitchen table and chair sets matched the Formica kitchen countertops and were easy to keep clean with the messy little ones. After the war there was more time for leisure promoting kitchen utensils and accessories for picnics, barbecues, parties and home bar.

The introduction of color television in the 1950s brought full color to American living rooms, where housewives could now see all the interesting products and appliances available to them. After World War II, there was a new generation of plastics and a time to “live gracefully” and be entertained. Kitchens and homes saw the transition from glass, ceramics, and tin products to numerous types of plastics that made informal living easier. The Melmac and Melamine plates, the Lustro-ware and Tupperware storage accessories and the “thermowall” for picnics were a great success. Vinyl was used for tablecloths, chair covers, and furniture, and bark cloth with boomerang and abstract shapes was popular. Tablecloths and dishcloths continued to be brightly colored and souvenir textiles were added to the home with tropical, Southwestern and Mexican themes. Poodles, roosters and designs with kitchen utensils, teapots and coffee pots decorated with potholders, covers for appliances and linens. The appliances were built-in and came in 1950s colors like turquoise, soft yellow, pink, and copper.